...well, you just accelerated by us all, like we were all standing still. As if, we were a cheap blind date. We couldn't believe it. Was this some kind of a cruel joke? I mean come on. Come on! I still can't believe it. Did I really NOT see, what I didn't see this morning? I mean COME ON OhhhPheliyah! You gave them Hatteras boys and girls waves for days on end. You even gave them Florida Boys and Girls big and clean conditions with ultra warm water. But here in Northern New England...you gave us a dribbly, crumbling, weak gray scraps. Table scraps. Like a dog.

Truth be told, you did give our Southern New England (South facing Beaches) a hell of a Saturday. In fact, I heard it was double to triple overhead down there (I'd like to see photos if any of you have them). But here in New Hampshire and beyond...you gave us almost nothing. Why Ophelia, why did you have to treat us so bad? What did we ever do to you to deserve this?

And not only did you give the Carolinas great surf all week, you even gave their Football team the Carolina Panthers a Victory over our Super Bowl Champions the New England Patriots. Why would you do that...? How could this happen? Now Ophelia that just ain't right girl. It's just plain hurtful. Can't you feel our pain Ophelia? Can you? I'm still very hurt by this.

What a crazy day for us Northerners. The double slap in the face. Getting skunked for surf and then having the Carolina team Beat our New England team in the Carolinas. Oh the horror of it all...I'll tell ya kids...sometimes, this surfing thing can be a kick in the teeth. And being a New England sports fan to boot...well, that's just asking for trouble.

But lookee here. Don't look now buckeroos, but there appears to be not one, but two more Tropical Storms acting up in our favorable window. TS Philippe and TS Rita. So...keep yer fingers crossed my friends and do what you have to do mentally, and or spiritually, to get these storms in our open window. Start dancing, start prancing, start praying, or start the sacrifices. Maybe an old longboard on a bonfire perhaps?
Whatever... let's just pool all of our collective positive thinking and prayers together. And let's get it done.

So by next weekend I'll be writing about glorious surf sessions and insane barrels and not crying about the storm that could of been.

Truth be told friends. I really can't complain about the Skunking of Ophelia nor the Patriots loss. Why? Well for starters, we just had an insane Winter/Spring and now Summer. And the Patriots? Well, as most of you know. They won the last 3 out of 4 Superbowls. How can I be that selfish? I can't.

Yesterday 1995 A REAL Hurricane Swell
This is a big wave. This would be a big wave anywhere in the world. But this big wave is in New England. It was the summer of 1995. Some say, the best Summer since 1969. How many of you remember 1995? The best summer in recent memory. Maybe this late Hurricane season will rival that summer. But that's setting the bar pretty high.
Video Frame Grab by the late Ray Hackett from the SFOD movie 99 to 90 (Disk II). 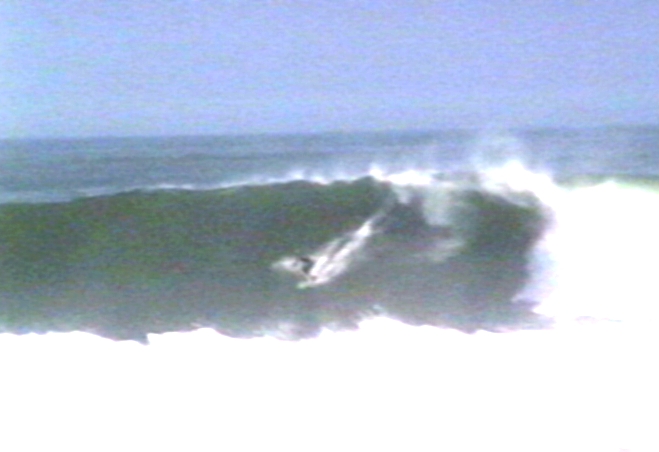 A couple of good friends of mine exchanged marriage vows this past weekend. Mike "Zap" Paugh and Linda Novak. They got hitched in a lovely quaint chapel here on the Seacoast. My good friend Chip Thompson was the pastor. Chip is a great guy (and a good surfer). He had the perfect words for the ceremony. It was all based on the pure understanding of knowing one another, commitment acknowledging when you are wrong and how to say "I'm Sorry" and finally love. Simple virtues that are too often overlooked by so many of us. Imagine if most of us would find the courage to say "I'm Sorry" in our daily surfing. You know, when someone drops in on you. How could you get upset if that person truly said they were sorry? You couldn't. (well, you shouldn't). I think Mike and Linda got a lot out of the ceremony and Chip's sincere and thoughtful words. Indeed, I think we all did. So, from all of us in the surf community we wish Mike and Linda the best of what life has to offer. And may God truly bless them.

OK kids, it's time for the 14th Summer Installment of: "Ralph's Tip of the Week".
The last 13 weeks we've talked about Holding On To
Your Board, Paddling Common Sense, DROPPING IN, Knowing a Left From a Right, How To Use That Leash, How To Wax Your Board, HOW TO TALK TO A LOCAL
HOW TO GET BARRELED, Which Board Is Best For You?
Which Wetsuit is best For You?, How To Surf A Hurricane Swell, How To Come Up With A Surf Excuse and How To Take a Surf Photo.
See archives for past Tips.
This week's Tip: How to do a Duck Dive in Big Waves.
This tip would of been timely had T.S. Ophelia turned on like she was supposed to. But alas my friends, it was not to be. So the act of performing a good Duck Dive in Big waves will have to wait until the next big swell. But none the less, the Duck Dive is, in my opinion, one of the most important maneuvers in all of surfing. As always, this TIP is for intermediate surfers. Not beginners. And Not those of you who know what you're doing. It's that gray area group I'm talking to here.
I remember the first time I saw one perfectly executed.
It was on the North Shore of Oahu in 1980. I was out Surfing Laniakea with Kevin Grondin. The surf was BIG. As in double overhead big. And powerful.
I remember being caught inside during a huge set, when out of the corner of my eye, I watched a young Hawaiian surfer slip his board underwater in front of me and pop up the other side without skipping a beat. I remember thinking (as I was being dragged over the falls for the millionth time that morning), "What the hell was that? How did he do that?" It just seemed so flawless and easy and quite frankly, brilliant... that I stopped dead in my tracks. The Duck Dive.
I remember asking Kevin if he knew how do it. It was a learning curve for all of us that winter. The duck dive, if performed correctly, can save you so many things. First of all it saves you energy. And you all know that energy is important in surfing big waves. Second, it can help put you in the right place at the right time. In other words, next in line for a set wave. And lastly, it can save your life. Duck diving in big waves can save your ass. If you know, what you're doing.

Kevin likes to say "GO DEEP and GO EARLY." That's good advice in Big Surf. You need to get that board down and deep. The deeper the better and the earlier the better. But NOT too early. You need to time the push just right so when you pop up on the other side, you're not coming up in the wave, but in between waves. Paddle HARD up to the approaching wave and when the wave is about 10-15yards away, shift the weight of your body forward, while placing your hands firmly on the outer rails about 10" down from the nose. Place one knee on the tail section while lifting the other leg. (You should be in a semi-push-up position.) And at the right moment, push down hard on the nose while lifting the loose leg and kicking all in the same motion. If all goes according to plans. You should be suspended underwater (with your eyes open), your arms fully extended and your board heading down. When you feel the wave pass over, use the leg that's still on the board to redirect your decent into an ascent. And yes, this goes for Longboarders too. You can duck dive a longboard. Just not as as good, or as deep. But it can be done. Remember. GO DEEP. GO EARLY.

Next week's FINAL Summer Tip: How do you Measure the Size of a wave?

P.S. I'll be a day late next week...I'll be in Hatteras with the kids during the ESA Championships.

Today 2005. Today 9-18-05 in New Hampshire T.S. Ophelia
These were shot this morning. The top photo was at the Wall. The swell of the summer? I don't think so. Maybe down south...but not here. Read it and weep.
Photo by SFOD R. Fatello 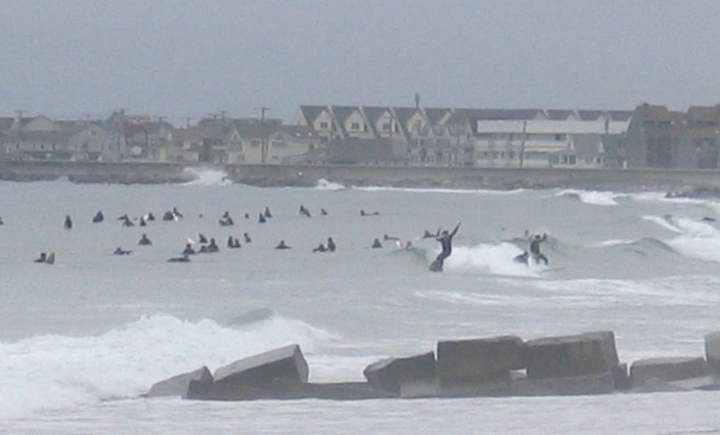 MVF on a Stoney left Photo by SFOD R. Fatello 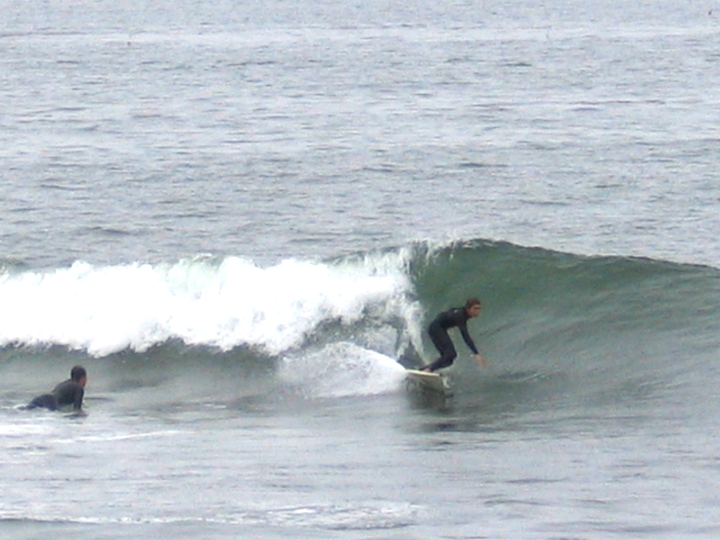 Today 2005 This week in Florida
Like I said. Down south was the place to be during Ophelia. Top photo was taken in Melbourne. Rider Unknown. Photographer unknown. 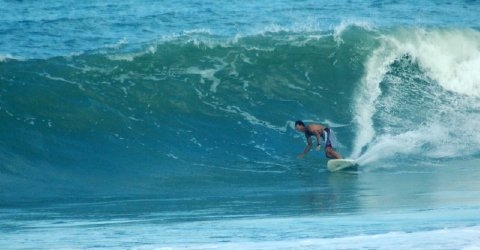 Below: My good friend Phil Beauchesne a New England boy who now rides the warmer water of FLA. photo by Hodad. 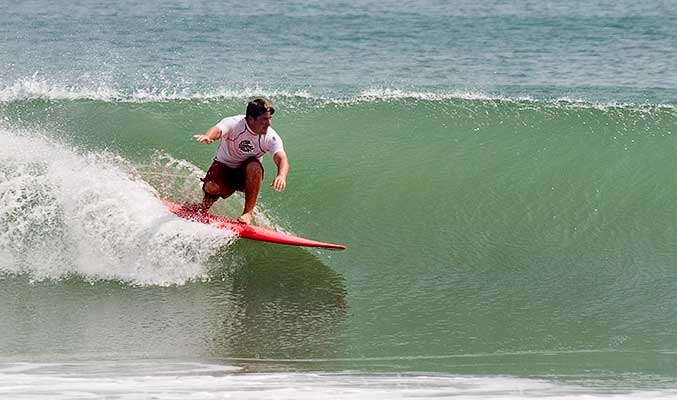 Today 2005 This week in other parts of the world
Out west in a place called San Diego, this is what they were riding...taken from a water craft. Looks like fun to me...how bout you?
photo courtesy of the Phantom 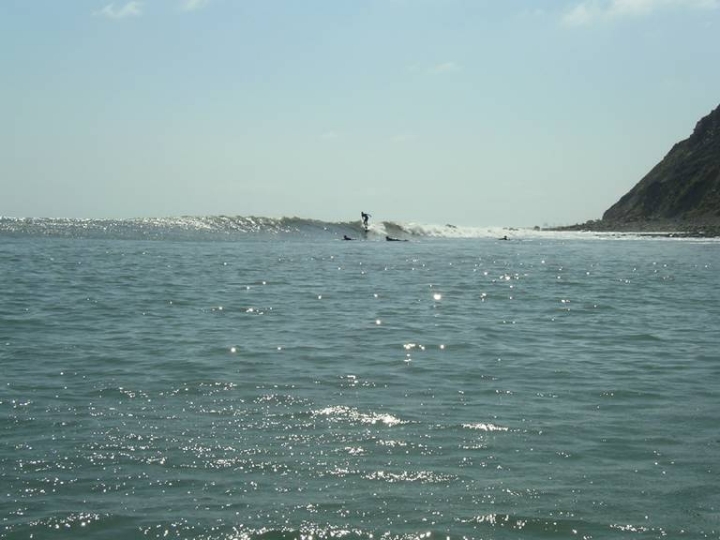 Below: Take a good look at this photo. Tell me you would want this? Seriously. Look me in the eye and tell me..."Ralph, I want this." If I thought you were serious, I would volunteer to train you. I would then take you up on a two story building and drop you on your head. Then I would then have the building demolished and have the cement walls fall on you. Finally, I would dig you up out of the rubble and kick you in the head several times. Then I would ask you again. "Do you want this?" If you answered yes. We would repeat steps one, two and three. After that, if you still wanted it. I will make a movie about you. Free of charge. And I will call it..."Dumb Ass". photo courtesy of the Phantom 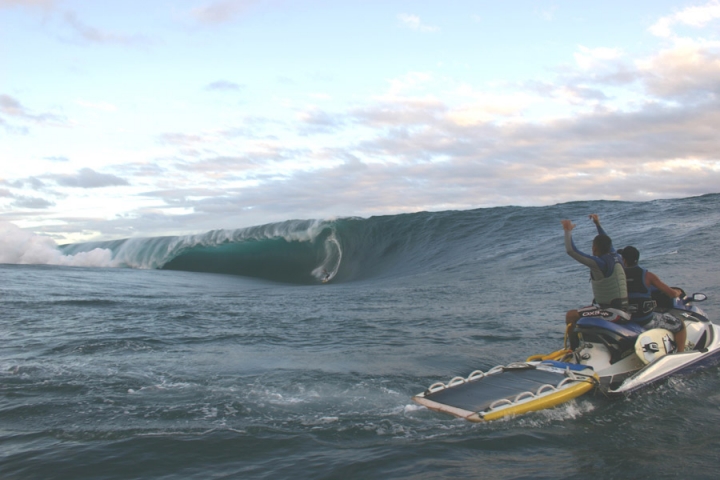 Below: Support your local surf Photographers and artists. Christian is a good guy and very talented. Check out his show if you can. 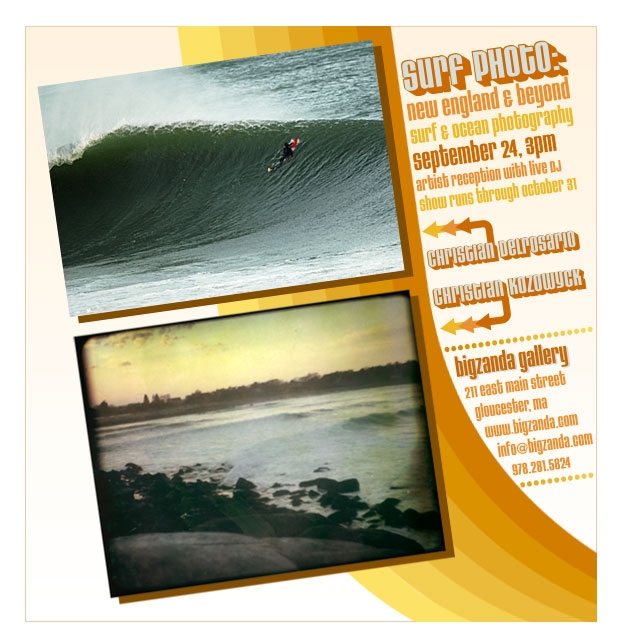 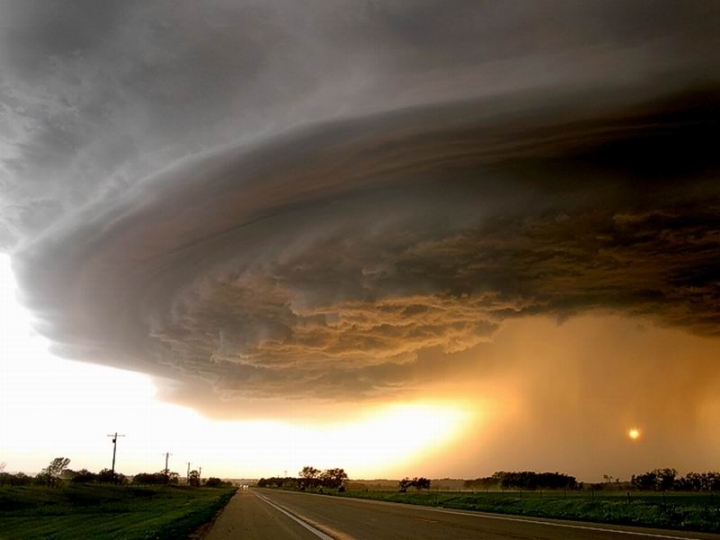 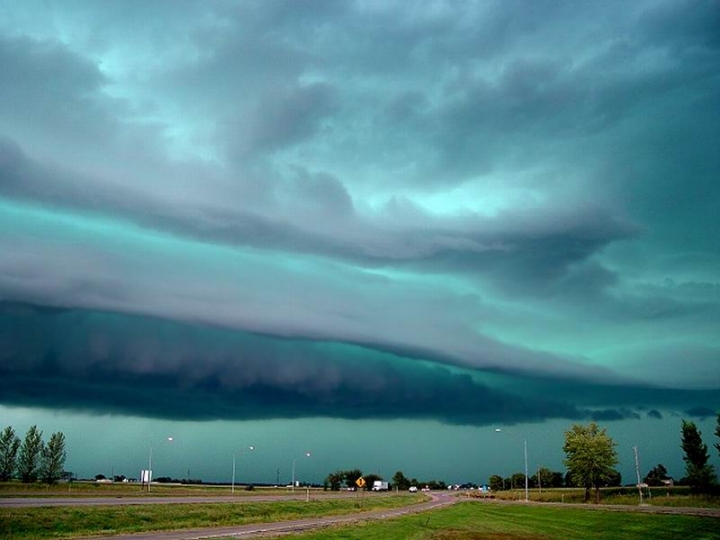 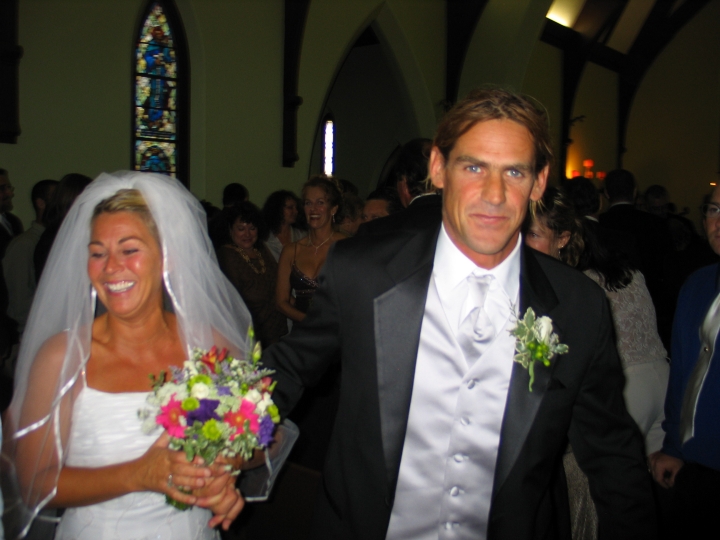 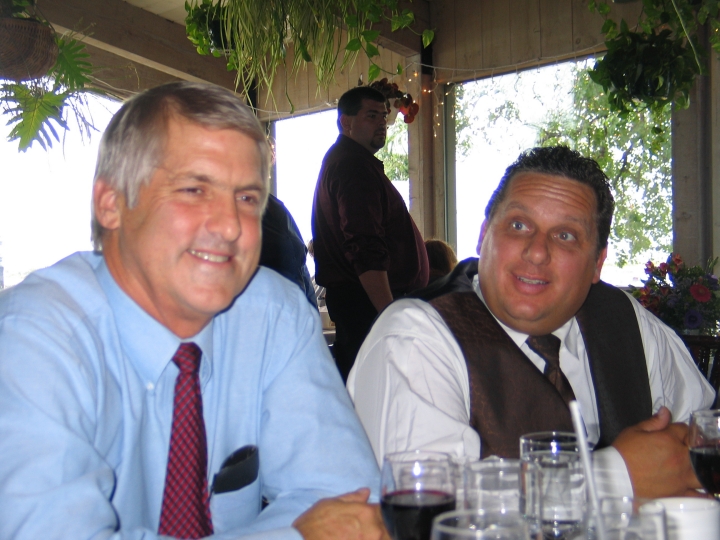