July 4th, 2004
Happy Birthday AMERICA! Independence Day. A day when we all come together and stand as one. Democrats, Republicans and Independents. We are all one today. Isn't that just great? I mean it truly is. We are a proud nation and rightfully so. If you've ever travelled abroad you know first hand how many other countries view America. We are truly the land of the free. But freedom my friends, comes with a heavy price. Some Americans have paid in full for our freedom. Some are paying as I write this. Americans have always stepped up and went to the aid of those who are oppressed by ruthless dictators and tyrants. Americans have always been willing to lay down their lives so that others may live in peace. That's what makes us the people that we are today. The proud country that we are.

So, tonight when we all celebrate our independence with friends and family, let us all remember once again, that Freedom is not Free.

This morning (July 5th) I watched a young man paddle out in the most pathetic conditions. My daughter Gabby and I had just finished our morning jog on the beach. We both watched as this young would be Surfer struggled to catch a crumbling 1' slop burger. "Do you know him?" I asked Gabby. "No. Do you dad?" "Yes and No." I answered. "I don't know his name, or where he lives, or anthing about him. But I do know what he's doing. I know exactly what he's feeling." Gabby looked at me with a perplexed look on her face. "He's a Surfer. He's surfing in those crappy waves because he loves surfing so much he's willing to play the hand that he's been dealt." I don't know many Surfers who came out of the womb surfing like Kelly Slater. Most of us had to grovel in horrible conditions before we made any kind of progress. That's what this kid was doing today.He was surfing in terrible conditions and he looked like he was having fun to me.

It left me with a good feeling.

Yesterday. 1972 New Hampshire Point break.
Ex New Hampshire-ite Ron Freeman who moved to Southern Maine in the early 70's samples
a perfectly groomed wave while others paddle in and around the line-up. Like all surf photos,
it's truly amazing to see how the waves themselves never change. It's the people and the
equipment that change. Another wave, another ride, another swell. 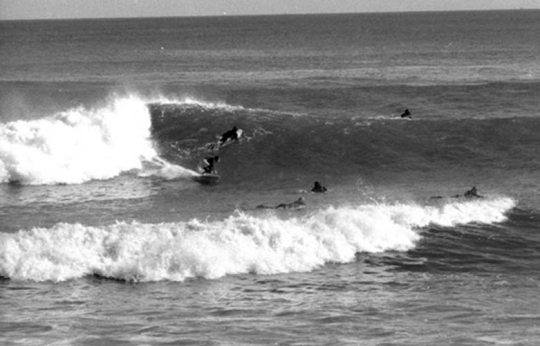 Today. Northern California.
This photo was taken last Spring in a select, semi-secret spot. This wave looks meaty enough to warrant some knowledge before paddling out. What tide does it work on? What kind of bottom? Heavy locals? Those kinds of things. It doesn't hurt to bring a little civility with you when you travel to outside locales. Better safe than sorry. And better to be nice than to be a jerk. Nice guys get more waves than jerks.
photo courtesy of Rocky Balboa

The second leg of Extreme Beach Bocce Tour was played this weekend. The players this week including myself were Jack Keefe and Max Fatello. With a rising tide under a hot July sun we played in the Open to All Ages Divsion. The competition was tough. The elements were difficult at best. By elements, we're talking about the distracting tourists, the unsupervised kids and the occaisional angry Seagull. Yours truly took two out of three.

Hope you all had a Happy and Safe Fourth! 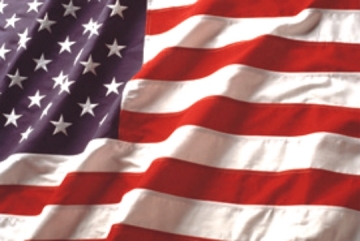