August 15th, 2004
Can you say "Active Hurricane Season?" Dang...we've just experienced the ABC's of Alex, Bonnie and Charley. Throw in the occasional ground swell we've had and we're looking at a pretty decent Mid to late summer wave bonanza. Who'd a thunk it? Back during the long drought at the begining of our short summer season, I don't think any one of us would of called this. Watching the weather last night...I saw two more Danielle and Earl? Wait Earl? (Todd you hearing any of this?) The naming of Hurricanes is a funny business. I mean who gets to choose these names? If I had the job of naming Hurricanes I'd problably name them something like this:


Yesterday. WATER SHOT 1980
Rick Evans on the inside section of what was more than likely an overhead bomb at the Wall during a late summer Hurricane Swell. Rick is the father of Matt, Megan and Michael Evans and bewteen he and his wife Karen ferrying the kids off to the beach they have been part of this Surf community since the very early 70's. Rick as of late has been sidelined with a temporary hip problem. But as soon as he gets that replacement look for him dropping into some more bombs and sharing the waves with his kids.
Photo by Ralph Fatello SFOD 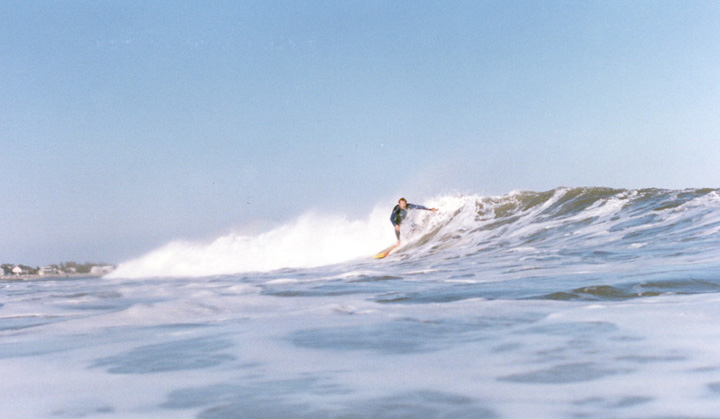 Today. WATER SHOT 2004
Taken less than a week ago. I shot this empty Wall Wave around mid-day. The wind blew offshore all day keeping the faces well groomed but dropping the water temps to the mid-50's! Still, it was well worth the frozen extremities to get a Gem like this. The waves this day were throwing out so far. I can still hear them exploding on the sandbars. God I love that sound.


S-SADDAM (Named after the hundreds of thousands of children in Iraq who were forced to take this buffoon's name when he was in power). T-TENACIOUS (Named after Jack Black's band Tenacious D). U-UNSUNG (Named after the many good humans who do good deeds everyday and never get acknowledged).
V-VALOR (Named after the brave Americans who are fighting the Global War On Terror). W-WILBUR (Named after the owner of Mr Ed the Talking Horse). X-XRAY (Named after the medical procedure you take after hitting a dry reef). Y-YO (Named after a saying the brothers first used in the late 70's and has taken on a life of it's own ever since.) Z-ZORRO (Named after the sword wielding Spanish Hero. And quite possibly, the coolest name ever.)
So, there you have it. Ralph's Hurricane Name Pics.
Think I should submit 'em? Ha! I bet you do...

Seriously my friends...get ready for more action. And for those of you who are relatively new at this(Surfing), you need to be careful of the strong Rips (currents). Big Hurricane Surf is NO Joke. And we ain't seen any yet this summer. Just be alert. Don't get in anybody's way. Surf Smart. Don't go following the Locals out into the lineup if you're not sure of yourselves.
Until next week....This is Hurricane Ralph saying...Pray for Surf. Pray for Peace. Surf For Fun. 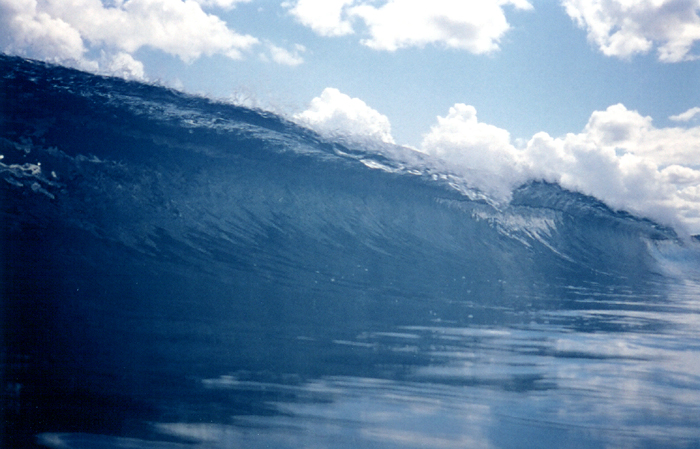