Well it may not feel like Fall with these unusual high temps but it sure looks like it. All the leaves are brown...and the sky is gray.. (Wait, wasn't that a song?) I'd like to say that we'd be California Dreaming, except we had some decent swells the last two weeks and record high temps. But staring at them brown leaves on my lawn, I know what's coming...and it ain't good. Unless you like the cold and snow. And I know there's a bunch of you who do. I guess I do too. How else can you explain me staying put in New England for all these years? You can't. I'm a New England boy who's traveled all over the world and realized at a very early age, that this is where I want to live and raise my family.

I can take the extreme winter cold and the hot and humid summers as long as the Good Lord Above every now and then, bestows upon us, a decent overhead swell here and there. That's not too much to ask for is it? Lord?
Of course not.

Well so much for my Video plea last week about my "1" project. The only one's who responded were the local NH guys. I needed to hear from my Massachusetts, Rhode Island and Maine brothers and sisters. I know at the very least some of you out there snapped plenty of stills on 10/26/05. Please drop me a line so we can talk about it. There are still some Wilma shots trickling in. I've got quite a collection from that day sitting on my hard drive. It was a special swell, no doubt about it. Wilma will go down as the storm of the year so far. I know there's still a good Month and a half staring at us, before we close the books on 2005 but right now, it's WILMA with the number one slot.

There seems to be a let up in the Tropics this past week. The last storm I heard about was BETA. Is that a woman's name or a man's name? I know it's the Greek alphabet, but I wonder if they throw in the sex type with the name. Maybe not. But, I'm sure there's someone out there who knows the answer.

Yesterday 1983 Team Nomad on the North Shore of Oahu
Ever hear of the band the Cars? The guy on the right next to me, was their Stage manager/ Studio engineer. Thom Moore. A good friend of mine. He also produced my album in 1983 called Olas De Sexo (which was Spanish for Sex Waves...don't ask). We had just finished my Album and headed to the Islands. I turned him onto surfing back then. This was his first trip to Hawaii. This photo was taken near Kahuku. At the time, it was a secret spot that only a few locals had surfed on the North Shore. It's quite popular now (surprise). Thom just finished up with a long tour with Bruce Springsteen in 2003. He and his wife Margie have a beautiful home in Southern Cal overlooking a beautiful break. And that's all I'm saying about that. P.S. Yes that's a camo board!. Photo by Lenny Nichols 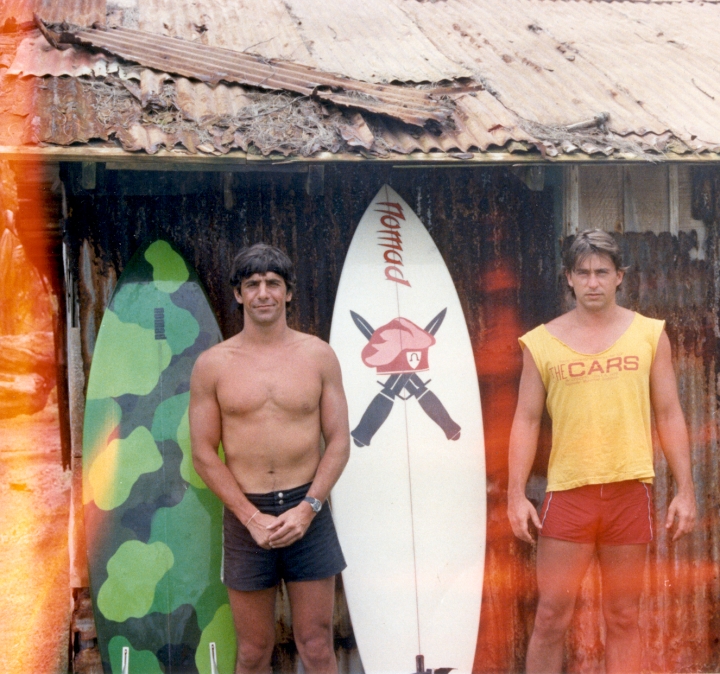 One of the best things about writing this weekly column is, every now and then, I get an email from someone who either: A. Used to live here in New Hampshire/New England or B. Has visited us in the past and has some spiritual connection to our region.
I hear from old friends all the time who have moved on to live and surf in parts of the world, but still long for those unique New England Surf Scenes. Almost everyone one of them says, they read this column to stay connected to our world. It truly blows me away to think that my rambling, weekly, BS has somehow connected with these lost New England Souls. But, on the other hand, if my weekly column helps you with your homesickness, then read on my brothers and sisters. Read on. Because you are not forgotten, nor will you ever be. And...like I always say...the surf will always be here waiting for you on your return visits.

You just may not be able to afford to buy a house here, but the surf will always be here. And the surf is free.

Just wanted to throw out a couple of props to some inspiring individuals. Tedy Bruschi. Man...is he something or what? To come back from a Stroke just 8 months ago and to play almost an entire game in the NFL is really something special. Any kid looking for a role model need not look any further than Number 54
on the Pat's Defensive squad.
So long and Good Luck to the Red Sox GM Theo Epstein...dam Theo we hardly knew ye.

Happy 230th Birthday to my Marine brothers and sisters November 10th, 2005. Semper Fi.
And a BIG Thank you to ALL Veterans this Veteran's Day. November 11th, 2005

Our condolences go out to the family of surfer Joe Gangi who recently lost his father. Our prayers and thoughts are with you Joe.

And may the Lord comfort and ease the pain for my Mother Eva in the upcoming months.

Today 2005. More from WILMA and the Halloween 2005 Swell
More of the Opening Day Fall swell and all it's glorious color 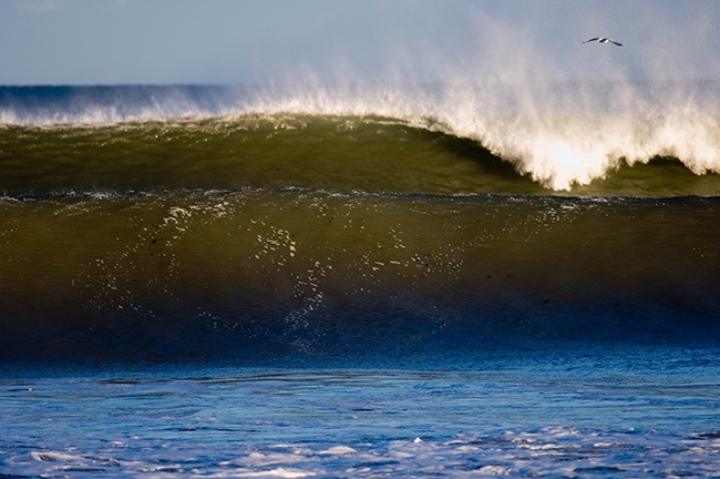 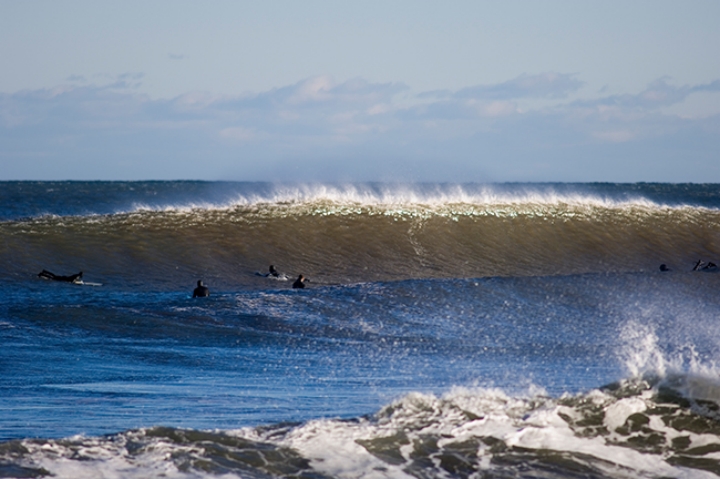 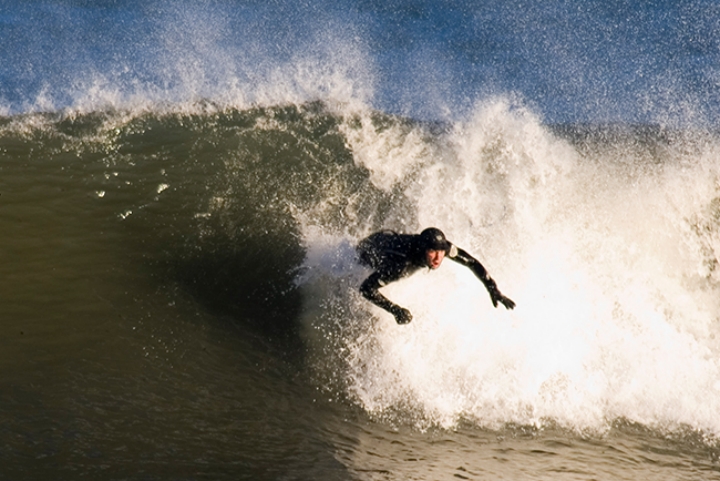 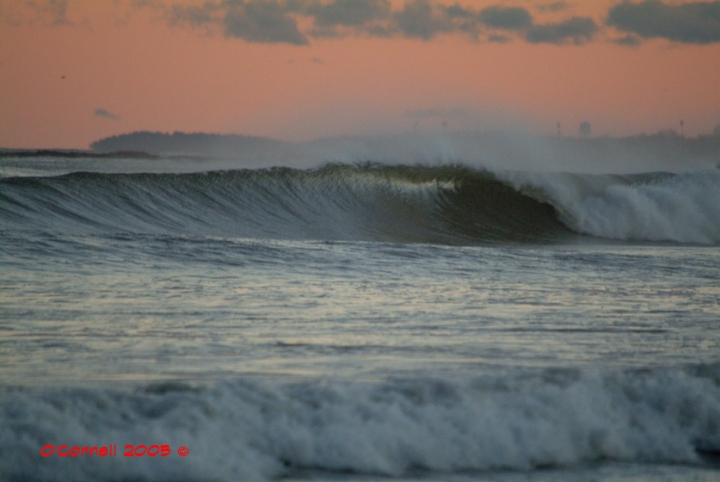 This Wave up North looks pretty good to me. How about you? Photo by Ed O'Connell 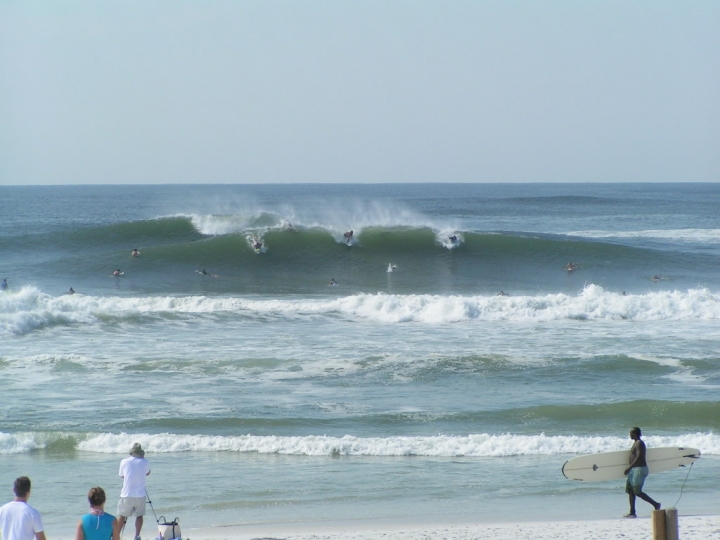 This Wave is in Florida during WILMA...looks a lot warmer but a tad more congested.
Photo courtesy of the Phantom

Today 2005 (Below) More from The Halloween Candy Swell
As good as it gets at the Wall. Green and clean and stacked up.
Photo by Jeannine McKay 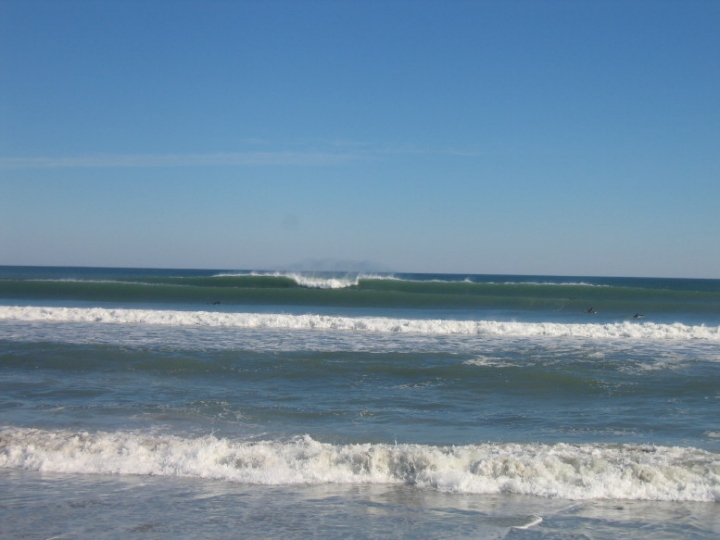 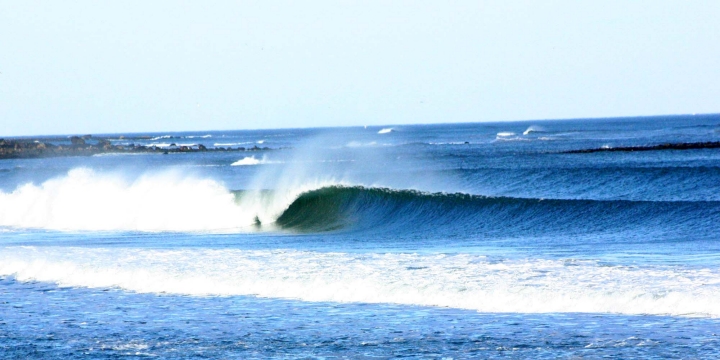 Trick or Treat can you guess where? Oh yea...it's in New Hampshire.
Photo by Skye Nacel

Same spot as above....somewhere in the 13POINT5 stretch of coastline
Photo by Skye Nacel 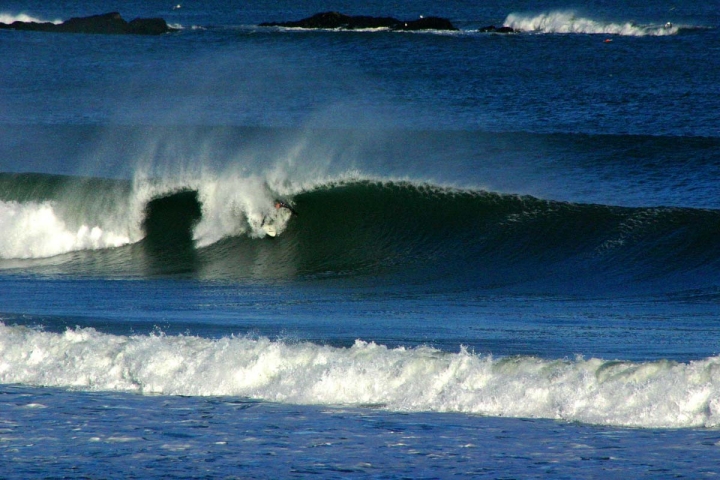 Same spot as the two above it...Give up? Me too!
Photo by Skye Nacel

Today 2005 (Below) Cottons Out West
As good as this looks...you still have to take a number...is it worth one wave?
Photo courtesy of the Phantom 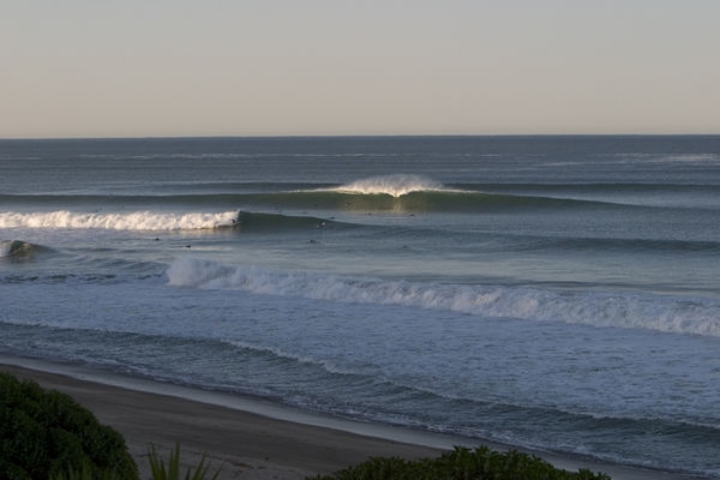 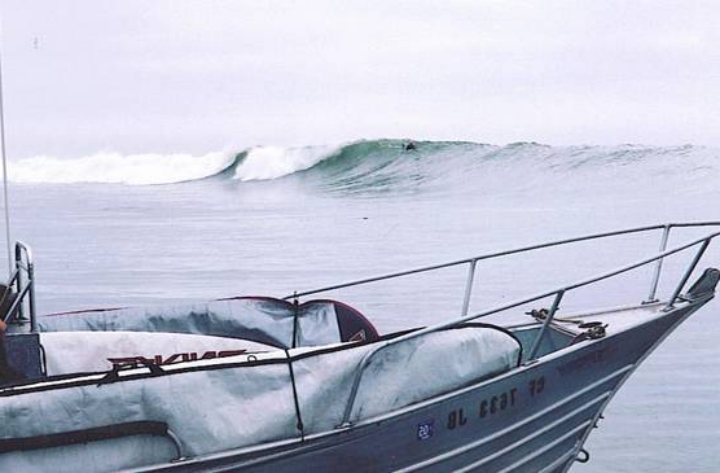 Today 2005 (Below) Steve Dillon Ex-New Hammy Surfer/Artist sends these gems from his new home out West
Steve Dillon is a great surfer and a real good artist. He misses home and reads this column every week. He sends his love and respect to all who know him. We miss you Stevie. We'll see you when you get home for the Holidays..
Photos and art by Steve Dillon 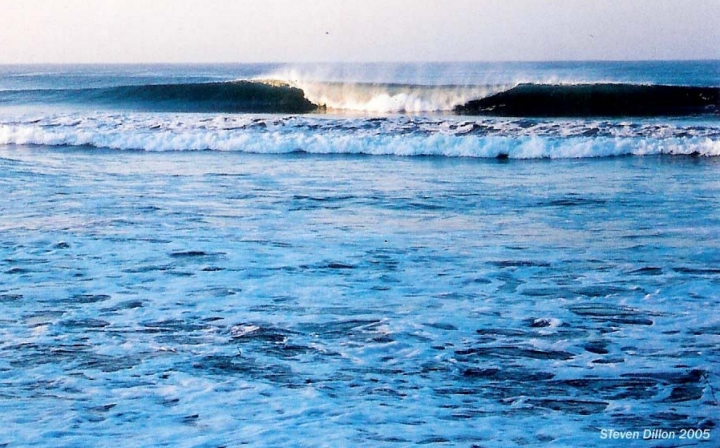 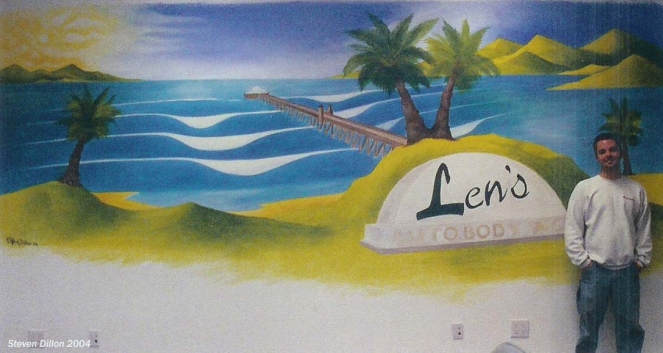 Today 2005 (Below) One Last Blast of WILMA and Company
The crowd reacts to perfection.
Photo by ??? (Who sent this to me?)