Well it's here. What's that? The Cinnamon Rainbows online shopping that's what. It's a reality kids. Paulie B worked his butt off the last few months to make this happening Online shopping experience both a safe bet and an easy way to shop. And trust me, it's totally safe. Paulie did a great job! I buy all my music CD's online and have for the last 5 years or so. Same with DVD's. It's too convenient not to. So it's only fitting that Cinnamon Rainbows open up their cool inventory online as well. Have you checked it out yet? Well, what are ya waiting for? Go shopping for cool surf stuff this Holiday season and never leave the house. Of course you can still stop by to say hello.

The world has changed that's for sure.

I mean 10 to 15 years years ago, who among us would of thought we'd all be checking the surf from our computers and be shopping for surfboards and wetsuits from them too? Technology has changed our lives forever. From High Definition TV, to everyone and their brother having a cell phone. Speaking of which. I couldn't help but notice during the Wilma Swell how many people had cell phones and were communicating with other surfers on their cell phones. It was amazing. I could over hear some of the conversations and it was clear that they were comparing breaks and conditions with one another.

I mean everyone has a cell phone.

My wife freaks out when I'm on my cellphone and the surf is going off. Especially when I'm driving by the point breaks in North Hampton and trying to watch the surf and yak on the phone at the same time. But, I've been driving and watching the surf for a long time now. I've got it down. It's just that my wife doesn't see it that way. I can see her point though. And I have to say, that I've been equally upset when driving through town and had to dodge young teens driving around with one hand on the wheel while they're talking on their cell phones.

NO YAKKING WHILE DRIVING. BE COURTEOUS,
USE THE CELL PHONE LANE.

When was the last time you saw a phone booth?

Yesterday 1980 A Cold Bare New England November Day
This photo could of been taken last week. But it was taken some 25 years ago. This was my old home break. I've logged some serious time here. I rarely surf it nowadays and I'm sure there's a whole new crew down there. My fear is I'd paddle out there someday and have some kid give me the stink eye. You know the look..."Who the hell are you and what are you doing surfing here" kind of look. I just pray that the Lord gives me the strength to hold back my thoughts and actions. And that the Lord gives me the wisdom to teach the lad a short history lesson. Of course I will accept their humble apology and get on with the task at hand. Surfing and sharing waves.
Photo by Ralph Fatello

I'm a lucky guy. Last Thursday (November 10th) there was good surf again on our coastline and I took the time to drive to some remote point break and actually just sit down to watch the surf. Oh, I could of surfed if I wanted to, but I decided to just sit and watch the empty waves pour onto the shallow reef and wind down to the end of their short lives.

I've had a lot on my mind as of late and I had the opportunity to rediscover the healing beauty of empty waves. There is nothing more soothing than watching an empty wave peel down a rocky point break. I must of sat there for hours. Reflecting on life. It was such a good feeling to be able to put everything in perspective. That Thursday was a special day. It was the 230th Marine Corps Birthday. I've known some great men and women who served in the Corps. I've known some who surfed too. I thought about them that day. Like Billy Hood my buddy from Florida. He was a surfer. A good surfer. He lost his leg in Nam. It blew my mind, because all we ever talked about, was going surfing again once we got back to the World. For all I know, he may have surfed again, who knows. Then there's Pat Hogan from Hampton. He was WIA in Nam. He surfed all these breaks that you all surf today. I thought about him. And my latest surfing Marine buddies, Nick Cyr from Rye, NH and Tim Bailey from Hampton. Tim got the Bronze Star in Afghanistan while Nick did a Tour in IRAQ and in Afghanistan. They're both young surfers who are Veterans.
The next day was Friday November 11th, Veteran's Day. I've known some Veterans who were really good surfers in their day and who are no longer here. And by here, I mean our planet. They're gone now. But not forgotten. And as long as I live, I won't forget them. Like my best friend Joe Somogyi (who surfed and named half these breaks in NH), and my dear Father-in-law Jerry.

I said at the top of this column that I'm a lucky man. I am. I have a group of close friends who call me every Veteran's Day to say Thank you. And I have as many more who email me to Thank me as well. The reason I'm writing about this is...last month someone questioned me and asked "What the hell does the military and Veterans have to do with surfing?" My answer was...it has everything to do with surfing. Everything.

So a BIG Thanks to all my friends and readers for being so thoughtful and kind.

Today 2005. WILMA Goes to Ireland! Halloween 2005 Swell
More from Hurricane WILMA except these two were taken in Ireland by Jim Reidy. Yes...the same WILMA we got on 10/26/05.
Photo by Jim Reidy 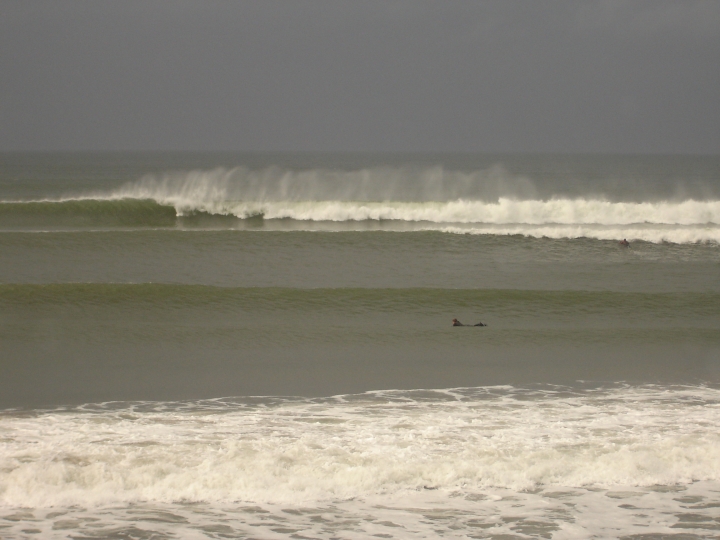 Today 2005. Can You Stand it? More New Hammy WILMA Pics!
More from Hurricane WILMA back in NH...
Photo by Jimmy Blakeney

Today 2005. An Ex-New Englander Sends this Fall Photo from California
Somewhere in California our old friend Tony Szabo took this photo because it reminded him of his beloved New England. Is this surf oriented? You bet your ass it is.
Photo by Tony Szabo 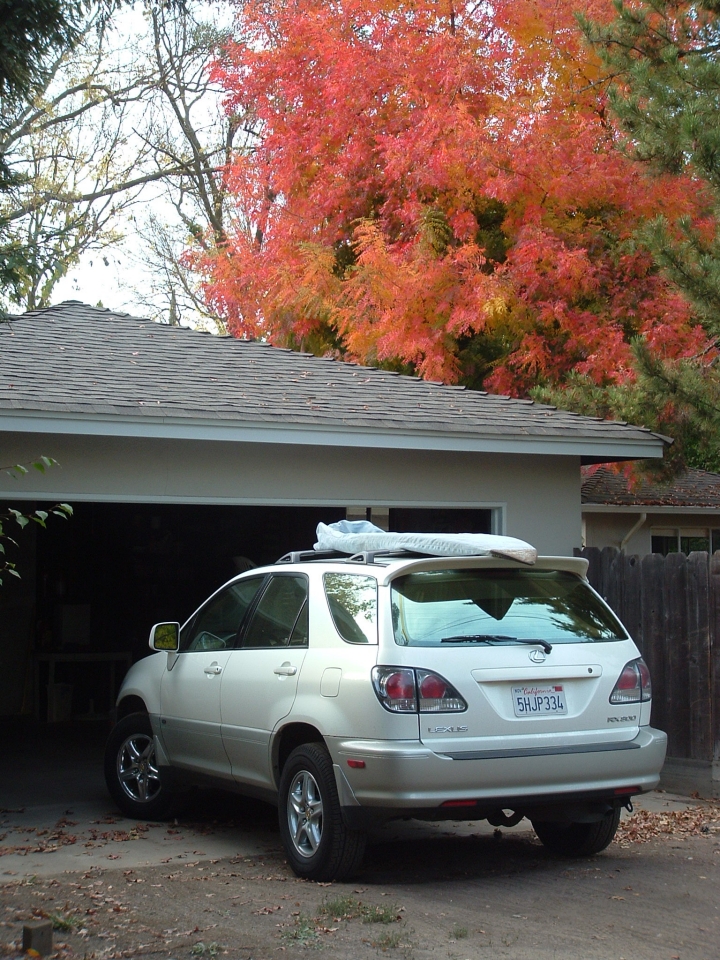 
Today 2005. Thursday November 10th, 2005 the 230th USMC Birthday
Here are five shots from this past Thursday the 10th from Nick LaVecchia.
The wooden boards are made by his brother Mike and friend Rich Blundell. They started Grain Surfboards (http://www.grainsurfboards.com) here in York this past summer. These boards are hollow and made from Northern White cedar. They are open for business ad taking custom orders if any of you are interested. 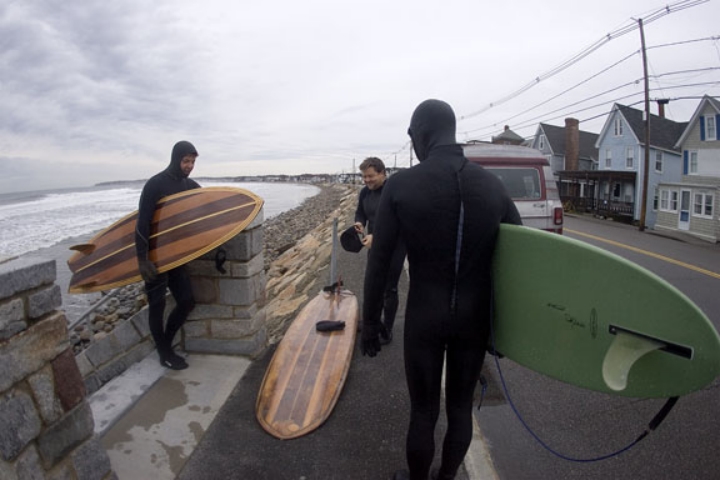 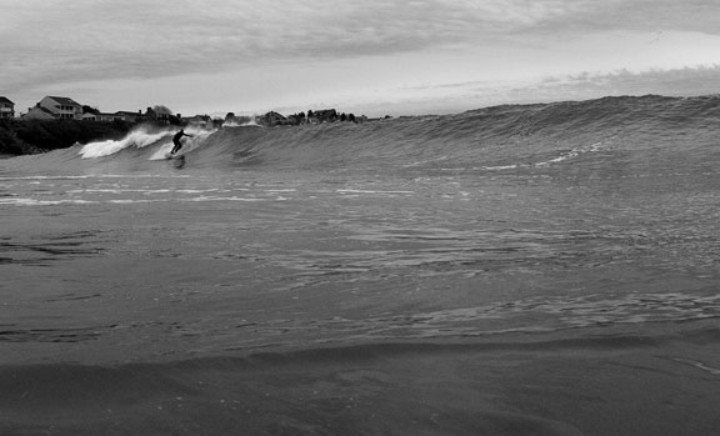 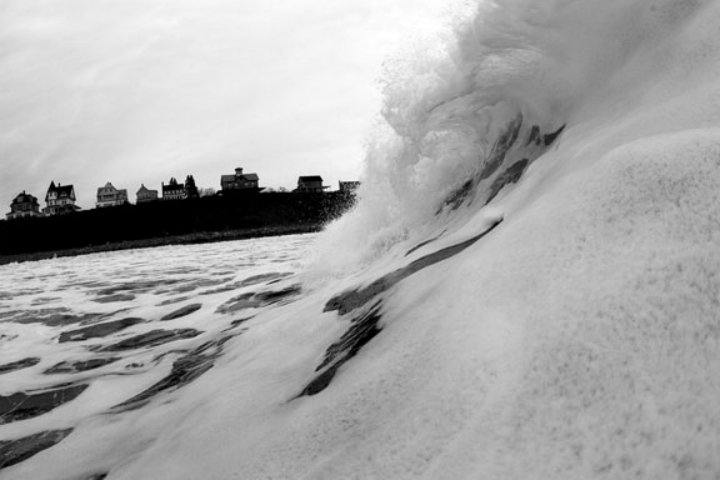 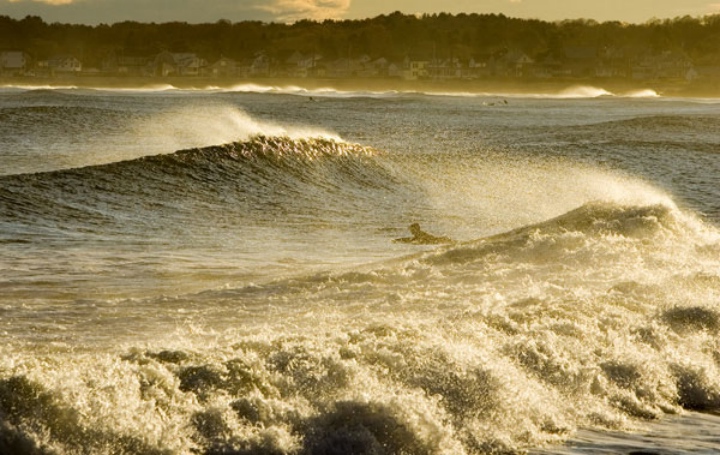 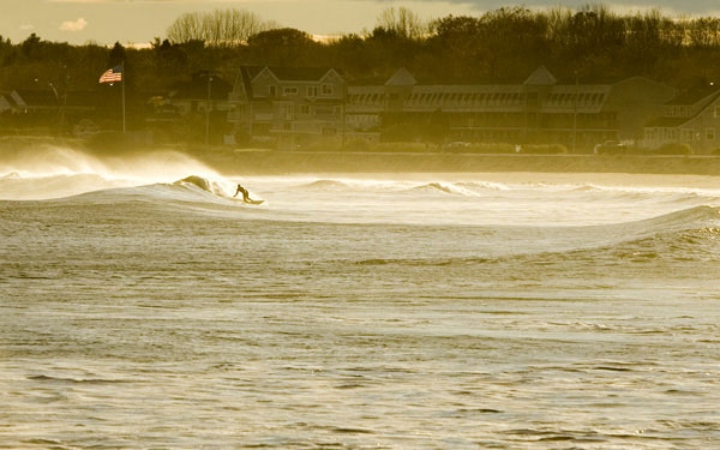