Are you kidding me? What an amazing week it was last week for New England sports fans! The Patriots are 21 wins and going strong and the Red Sox came back from a 3-0 deficit to beat the NY Yankees by taking 4 in a row! With the last two in New York!!! Then the Pats take it to the hated JETS...and now the Sox are up 2-0 against the Cards? Wha..t? Is this for real? And did we just have 5 days in a row of surf? What's going on round these here parts Jethro?

You know Jack Keefe and I were just talking about the Sox and their chances of beating the dreaded Yankees when they were down 3 zip. I mentioned that records were made to be broken. Of course I didn't believe they'd do it...but hey they did! I don't want to make any predictions here....but...I think they can do this. I REALLY think they can. Just like the Patriots. I thought they could win the Super Bowl both in 2001 and 2003. And they did it. I guess I'm a believer! I'm a BELIEVER! And you should be too!

It's a GREAT Time to be a New England Sports Fan.

Yesterday. Mysto Wave 1975
This is where I really learned how to get barrelled. Any guesses? Here's a clue. It's North of New Jersey and south of Maine. It's also one of my first water shots. I took it with one of the first Minolta Water Cameras. I think I still have it.
photo Ralph Fatello 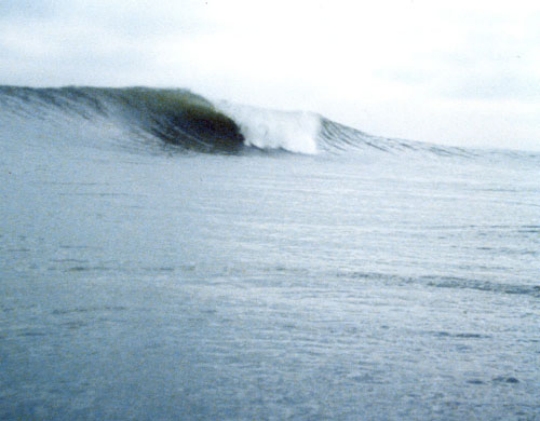 Today. Heading South Sunday October 24, 2004
A different perspective on what turns out to be a pretty fickle break. This spot only turns on when the surf is cranking and the winds are messing everywhere else up...nice photo Bob
photo by Bob Consentino

Hey a BIG shout out to Shop Boys Phil Carey, Kevin Rafferty and Sashi as they head off for their BIG InDO Trip. Get some warm barrels for all of us boys....hope they have a TV so you can watch the rest of the World Series! Have a safe trip boys take lots of photos.

Happy Halloween to everyone! Be safe this weekend and be smart. 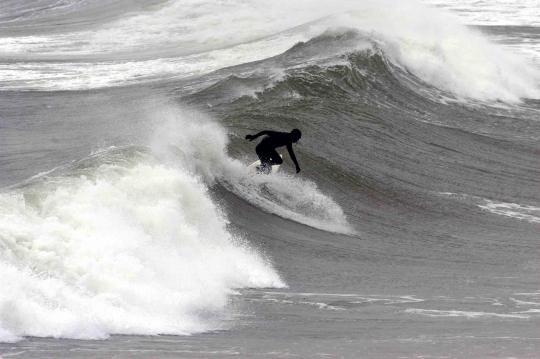