July 26th, 2004
Last week, I was raving about the FIVE DAYS IN A ROW...of surf. Well, I was a bit premature in my happiness mates, because as we all know...we had a few more days added on to that July Bonanza of Surf! And...if the surf wasn't good enough for us, how about the warm water temps! Yowza my brothers and sisters, we had ourselves over a week of good surf and warm water. Almost seems like we can stop complaining about the (dare I say it?) ...drought .
The surf even lasted into the weekend so the kids could have their long overdue contest.

Looking back at it all, it was truly amazing how Dave and the CR crew, were able to pull off the arrival of Billabong Pros, Shane Dorian and Bengi Weatherly followed by the Quiksilver crew and the ultra cool Quiksilver Crossing actually sitting off our coast along with the arrival of that awesome swell. Did you get a look at the video still of the boat and our surf last week? I'd have to say that history was being made and if you saw any of it, you won't soon forget it. Then, the shop sponsored the best contest waves of the year! What a CR week!

I'll tell you what you can forget though...driving into Boston this week. Anybody thinking of heading down to Rhody for a few waves might want to re-think that road trip. It's wall to wall security.

Dam, you'd think the president himself was in town!


Yesterday. Looking for Surf in July of 1969...
The photos below were taken on this day a very long time ago. Yes, that's a skateboard I'm holding.. Look at the flight deck on the ship. The ship is an LPH which stands for Landing Platform for Helicopters. I was a Grunt with the Marines during the War in Vietnam. We'd fly off this ship and into the mountains and jungles (see below). I spent a few days on the USS OKINAWA. There were times when the seas would be rough. In fact, I spent 14 days out to sea once in between missions and we got hit by a major Typhoon. The seas were huge! 60 to 80 feet! I wrote to my father and asked him to send me a skateboard. Look, I was an 18 year old surfer. I put two and two together and figured I could skateboard on that flight deck. It was the closest I could get to actual surfing. I missed surfing so much. The officers didn't think it was too cool and they took my skateboard away from me. They gave it back to me after my tour was up. I still have it.
All my buddies in my squad signed it. 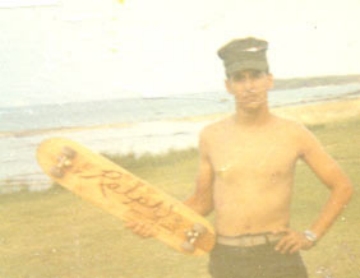 Today. The Space Shuttle comes to the WALL
Dougie Fresh gets some long overdue launch time during last week's beautiful long swell. Dougie's still wearing a wrist cast in this photo...look at Dougie flying thru the air! It's totally circus!

Now, I'm not a big baseball fan, but I did happen to watch the game on Saturday night. Hey that's my kind of baseball. I like it when they combine Football and hand to hand combat during an otherwise boring baseball game. Honestly, a baseball fight is not something to condone. But a Yankees and Red Sox rivalry is pretty exciting.

Speaking of Sports...my son Max was all in a tizzy at Ricky Williams retiring from the NFL. Personally, I think it's good news for the Patriots. That man could run with a football. Something happened after he cut his long dreadlocks. I guess having a gazillion dollars is all some people need. Go figure.

Are you all getting ready for the first real BIG swell? Well my fellow wave riders, you know that's coming. Did last week's swell give you a taste for something more? Something bigger? Be careful of what you wish for...
Speaking of BIG waves the new surf flick Riding Giants will be a blast for all of us. I'm hoping to have my latest video out that same week. I'm talking about 13.5. Someone asked me how I knew our surfable coastline was thriteen and one half miles long. I told 'em. "BECAUSE I MEASURED IT!" 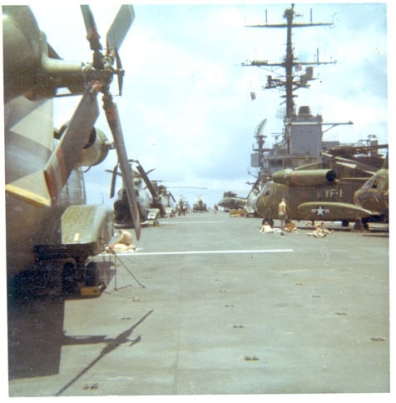 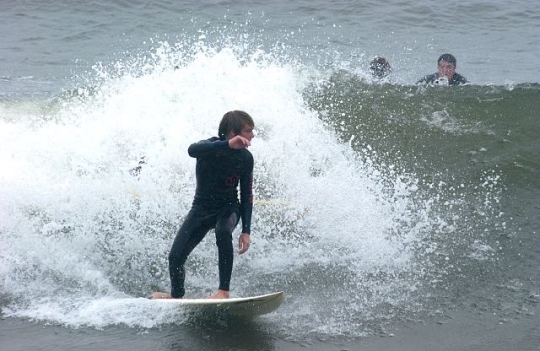 Lars leans into a nice lefthander at the WALL
No boots no gloves. Head high and glassy. We'll take it any time of the year. Lars Jacobsen get's one.
Photo courtesy of Ian Brochu 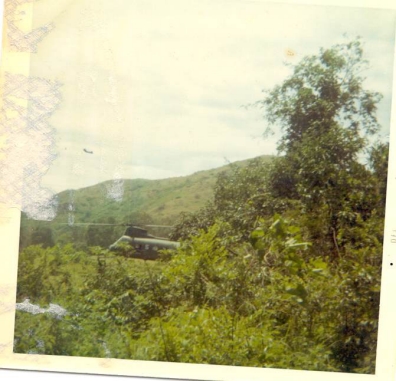